Research questions: (1) How can we explain the development of monopolies on SNS markets? (2) Are monopolies possibly temporarily limited? (3) What does this mean for competition (or antitrust) law? Results: (1) Direct network effects (number of users) and indirect network effects (complementary products and advertising) facilitate the development of one standard und thus a quasi-monopoly. There is empirical evidence that there are indeed standards on SNS markets (Facebook in the U.S. and Germany, Vkontakte in Russia). (2) The standards seem to be temporary monopolies. Yet, no innovator survived as a standard. (3) The dominant market position of a standard on the SNS market alone is no problem for Article 102 of the Treaty on the Functioning of the European Union (TFEU). But if a dominant company tries to immunize its leading position (e.g. by mergers and acquisitions), such behavior can be scrutinized. On two-sided markets, it would be possible to define the relevant market much broader than the small SNS market. When we consider the whole online advertising market as relevant, many of Article 102’s problems are avoided. 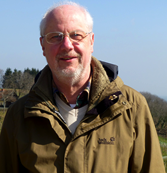